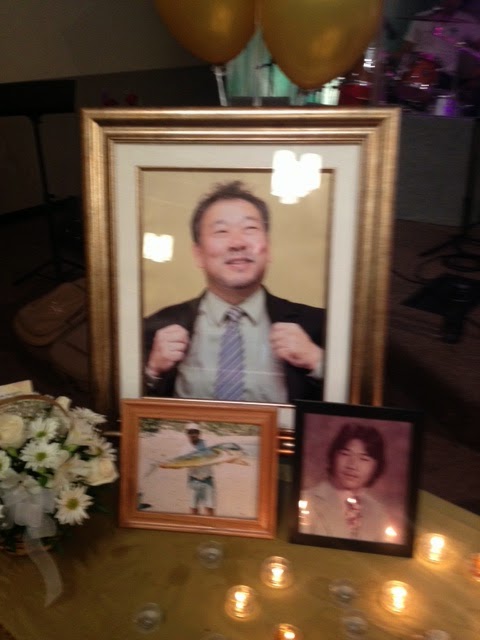 I am traveling, not overseas but in the Western US today, so I thought I would blog about a couple of significant blessings I have received today.

First, I got a letter from the leader of the Lahu church that they had conducted a training in a local church in Chiang  Mai, a first for the area. He sent me some photos and in them I saw that a significant professor at the school who has not previously been involved attended the workshop. It is a real breakthrough since he has been the preaching prof at the school for some time and is well respected. The impact of this could be significant for the Lahu church.

Secondly, I had the sad news this week that a dear friend, pastor Jeff Taguchi, had died suddenly. He was a man I discipled and mentored beginning in Las Vegas 25 years ago. We continued to talk occasionally over the years, and he had called me on Tuesday night to ask some questions about the ministry he was a part of in California. He was an associate pastor in a Chinese church, although he was Japanese. A few hours after our conversation, he had a stroke and died. He was only 52 and it was a shock. I was traveling to Spokane for meetings and decided to swing down for his funeral, which was tonight.

Jeff always affectionately called me “Boss”, stemming from the time he first started ministry with us in Las Vegas as a volunteer with the youth. I rarely talked to him when he did not remind me that “all I am today is because of you”. I was always a bit embarrassed by that feeling that really I had done little in his life other than give him some time, listen, and offer words of advice when I could, pointing him to the Word and to Jesus. I really did not know what he actually did in ministry, though I knew he was a pastor, and we had even visited him once in Taiwan when he was pastoring there.  But I had never really seen him in action.

The funeral tonight was like nothing I have ever seen before. Hundreds of people came, Chinese, Anglos and some Japanese. They had to set up chairs in the aisles. It really was a massive celebration of this amazing man’s life and ministry. The impact of this man’s life was far greater than I had ever imagined. Testimony after testimony was given of how Jeff impacted people by believing in what God could do in them, usually before they believed it themselves. He lived a joyful, smiling, enthusiastic and positive life that captured so many and led them to be his disciples. Dozens stood up when it was asked who he had discipled. It was obvious that this whole church had been profoundly influenced by his life. It was said that Jeff said he only did what was fun, and living for Jesus was always fun. When asked why he was always smiling, he said he had the best job in the world, he got to tell people about Jesus all day.

Again on Tuesday night, when I spoke with Jeff, he had said that all he was, was because of me. It struck me deeply to realize how little investment in him I had really made, and how great the impact was, really how greatly God had used that in his life. I know of course that there were many other influences and people who impacted him. But he, in his last hours had pointed to me. As the night went on, for nearly 3 hours of celebration, it became more and more apparent to me that this man was greater than I in so many ways. I was actually inspired to be more than I am, to be more like him. I asked God to make me more like “my disciple”. It is a wonderment and a testimony of God’s grace when those you disciple become greater than you, more like Christ, more effective in many ways. My disciple has in some ways become my model. I pray that is the case for all of Jeff’s disciples.

I am not sure I will ever be the same after tonight. Jeff did not remember me because I was a great pastor or preacher. He remembered me because I gave him time, an listening ear and a few words of wisdom and encouragement. God used that to help him start on his way to becoming great; not perfect, but godly. One person testified that Jeff said, ”the greatest gift you can give someone is time, for you cannot love them unless you give them time”. I am inspired to give myself more fully, with more time to more people. Who knows what great things God might do as a result. Perhaps a few more Jeff Taguchi’s might result to the praise of His glorious grace.

Thank you for your interest in our ministry! We believe that biblical and theological training for pastors around the world is a critical and vital work to the church world-wide. We hope that reading about our experiences will cause you to catch a vision for this work as well. May God bless you as you also seek to serve Him where He has called you.

To Him be the Glory, Al & Edie